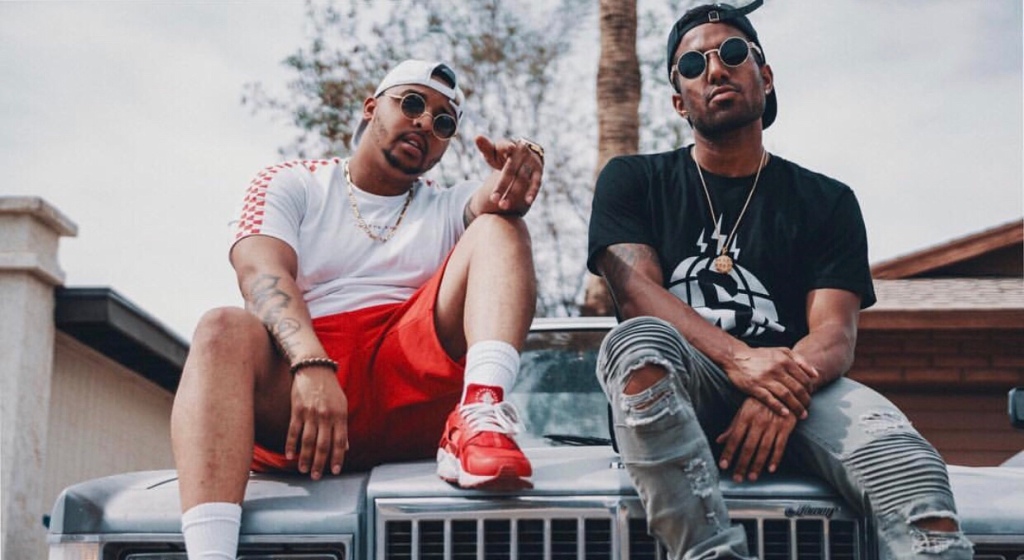 Just when you thought it couldn’t get any hotter in Phoenix this summer, it did just that. On the 30th day of July, Arizona hip hop heads woke up to a reenactment of Don’t Be A Menace to South Central in the form of a music video. A new, flavorful single by newly signed artist Marquel Deljuan, 23 of Peoria, Arizona, who acted as Shawn Wayans’s character, Ashtray. The song and video features Arizona’s chart-topping artist, and head of Sheeesh World Collective, Futuristic, who played the role of “Loc Dog” originally portrayed in the film by Marlon Wayans.

The song is set to an IRocDaniels Production with some beautiful harmonies and wicked bar patterns by both artist, along with a celebratory/triumphant feel emphasized by Marquel’s “it’s only right that I boast a little.” You also get some of the braggadocio from an otherwise humble Futuristic with slick lines like “I snatched the whip, the Benz when I pass the kids, they mad I’m rich-the shit, nigga scratch and sniff, two cribs on the same block ask ya bitch” (let’s all hope our girlfriend isn’t privy to such information).

Overall the song and video have an excellent feel and sound with massive radio potential. This is a major move for Marquel, who is currently on the “Yuck Fou” tour alongside Jarren Benton. It’s also a major move for Arizona as a whole in solidifying hip hop comradery. Interestingly enough, Deljuan is the son of a legendary staple of Arizona Hip Hop- IRocDaniels. I guess what they say is true, “like father, like son.” For Marquel, it appears the best is yet to come. Sheeesh!