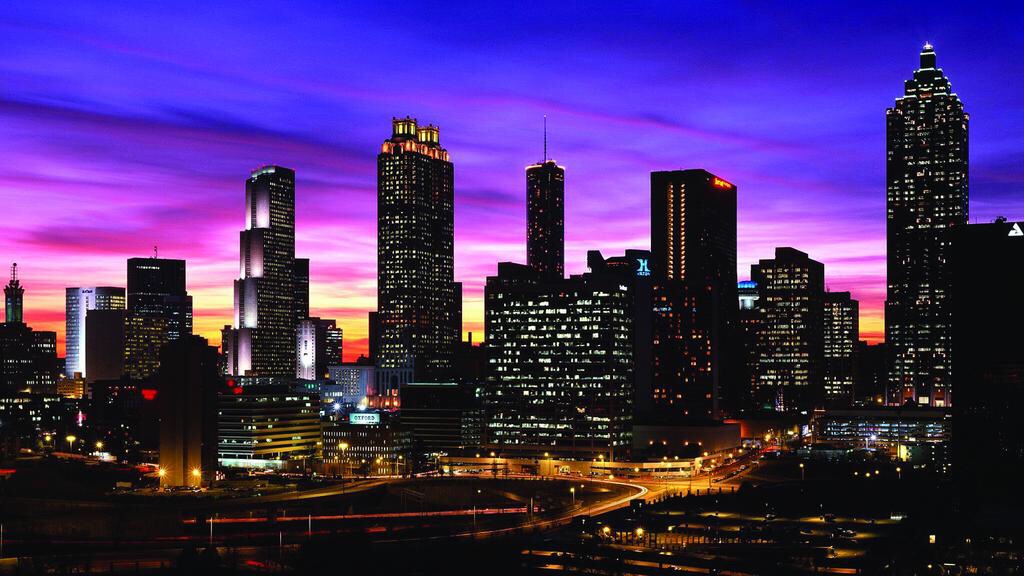 What’s sweeter than a Georgia peach? That’s the question I currently find myself asking as I sit 36,000 feet in the air en route back to Phoenix, AZ. The early answer is not much (check back at a later date after I go to NYC, Chicago etc). Currently, Georgia has shot to my list of preferred destinations along with me possibly purchasing a condominium downtown (if I can ever afford that baller-ific lifestyle). I’m going to take you step by step through my journey from when I first set foot into Hartsfield-Jackson Atlanta International Airport to right this moment, as I sit in the aisle seat of flight 1889 on my way back to Sky Harbor. Let’s Begin!

STEPPING OFF THE PLANE INTO BLACK PEOPLE’S PARADISE

The first step I took into the airport when I reached Atlanta was utterly befuddling. Black people…everywhere. Now, for a man who’s also as black as it can get coming from the southwestern part of the United States this is a culture shock to the fullest, Phoenix has…I believe 8% African American population (Don’t quote me on that, we don’t fact check at Podson Radio). But it’s definitely somewhere in that ballpark, so to get into an airport where damn near every employee of every establishment looks like you can be quite astonishing. Seeing six black police officers consecutively would be an anomaly in AZ, I hadn’t been here 5 minutes, yet this was the norm. I felt a sense of belonging, a feeling I’ve rarely experienced in the desert. I knew immediately this was a place for me. Now, after retrieving my luggage from baggage claim, it was time to go see the city!

Side note: The airport was so massive, you have to take a train to get to baggage claim.

Stepping into a new city can be uncomfortable at times, you typically don’t know anyone leaving you forced to navigate your way around an unfamiliar city. For me, it was the direct opposite. Stepping out of the airport I was picked up by an old friend from Phoenix now living in Atlanta as a DJ, DJ El Aye. As soon as I got in the car and hit the freeway I could see a vast difference based upon scenery alone, oh and the traffic. I know they call it black Hollywood because of the opportunity, but it’s also like L.A. with the traffic, beware. Riding up 85 was cool, after hearing about it on numerous rap songs I felt like I could be the next Andre 3000 on this exact moment. After getting a slow motion tour, once we finally got free we headed to the our Condo in Downtown Atlanta at the Peachtree Towers to settle in. It was time to see the city.

Drake spoke about this place. I had to see it for myself, located probably a quarter of a mile away from our condominium I decided to take a stroll with my cousin & up coming producer K-Zone. We entered the hooters it automatically deferred from anything we ever seen in Arizona, every girl working was black & beautiful. However, the one I tried to make conversation with seemed a bit stuck up it was a great overall experience- aside from the overpriced drinks. I guess a Drake cosign drives up the price.

Downtown Atlanta to me seemed more of a tourist area, CNN, Clean Waffle House, White People, you know those kind of things. It seemed to be a low crime area and when I was there the Atlanta Hawks had a game so there was an increased security presence. If you travel to the A I’d stay somewhere outside of downtown in order to get the real culture feel.

GOING OUT IN MIDTOWN & BUCKHEAD

I had an interview in Midtown Atlanta with DJ WAV a hot DJ in Atlanta with a healthy following at a club called Eighty Four & Twelfth the hospitality at this club was amazing as Wav was running a bit late my cousin & I were waiting outside when the manager came outside and invited us in early to hang out at the bar before the place was even open to wait for his arrival. Once we conducted and wrapped the interview, we hung out to have drinks and watch him work, the club got quite full quite early and had the livest bartender ever, I wish I would have got her name. The energy in this establishment was definitely lit and I’d recommend stopping by if you’re into the nightlife scene.

In Buckhead I was taken to a local spot called Hole in the Wall – I kid you not. This place was also packed but a little more on the rowdy side which I can deal with because I’m a rowdy individual. At times. The music was off the chain as I was introduced to music I hadn’t yet heard and was able to bring back with me to Arizona. If you with the real turn up and you’re in the city, go if you’re a republican….stay home.

Being a music head in what I feel in 2018 is the rap capital of the world, Atlanta. I had to visit a recording studio. I was invited to a session by a rapper named Chase Money to come through and catch a vibe so I did just that, the funny thing was the engineer was like a white guy from Scottsdale mixing up some hard trap music. It was definitely a different kind of sight but, I could dig it. Going to a studio session in Atlanta I felt accomplished, however I failed to lay one bar. Whomp!

This is random, but I would like to take this moment to give a shoutout to the best Jambalaya and Creole dishes I’ve ever had at a spot in Atlanta called The Food Shoppe it was nothing short of amazing, whenever I return it might be breakfast, lunch and dinner. That is all.

I’d say I had a great time for sure, next time I plan to visit the strip club scene and making more rounds through the neighborhoods. I didn’t get to see the house Martin Luther King was born in or more importantly the pink trap house, so yeah that was a bummer. Other than that, the women were beautiful, food was great and the weather wasn’t bad for February. So in the words on the Terminator, Ill be back.