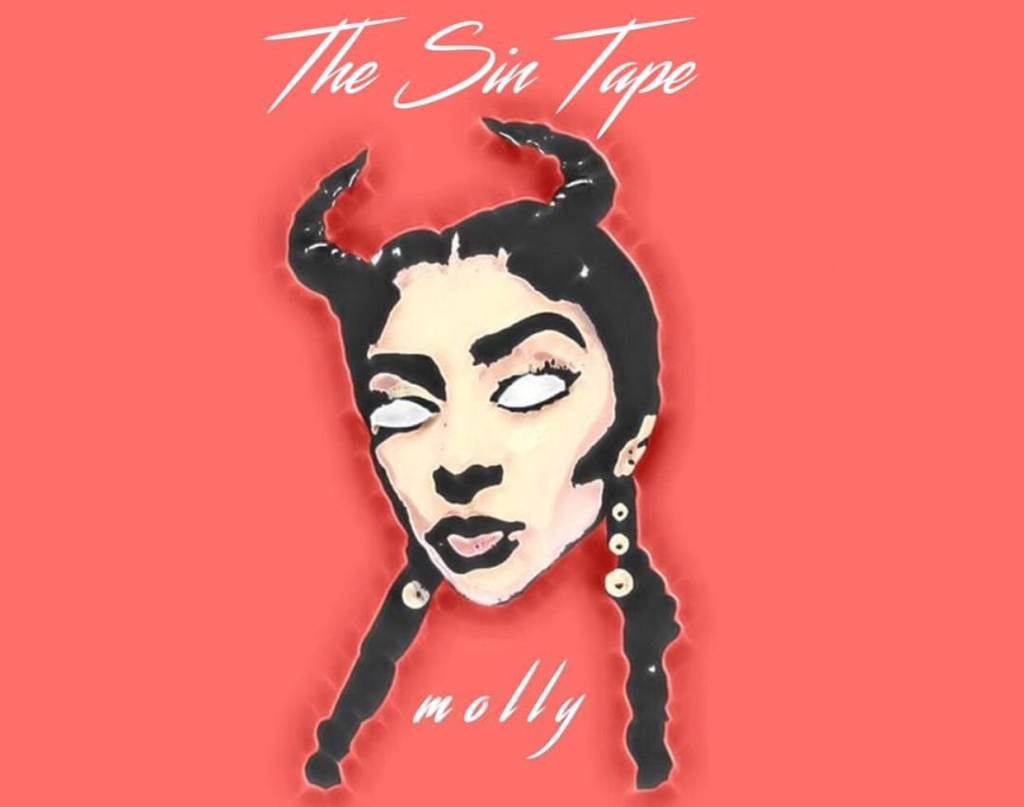 23 weeks and I’m at it again! What’s good Bird City, another Wednesday, another edition of the Three Minute Music Review. This week we’re taking it out of town with an up and coming female emcee discovered on the Bird City View track list, Molly.

Molly is a 23-year-old rising talent, with a witty straight forward flow that she delivers straight from the top of the dome.  Molly was making some noise on my timeline with some of the commentary regarding her new tape “The Sin Tape” so I decided to review one of her songs. This week’s choice, “Kitchen” comes equipped with a Cardi-B style beat, empty and open with some effects that resemble an alien abduction.

Molly opens the track with cake themed hook: “I’m in the kitchen/bringing the heat, mixing the sauce/making that dough/ making cake/.” Molly leaves a half at beat at the end of the hook, which gives the song a more open, menacing feel. The delivery and comical bars, blended with the hook, gives the song a semi-original quality. Where Molly shines are bars such as, “Butch lookin dykes put me in the hospital/ but I’m still screaming fuck the free world” and “Broad hate me, but she look 40.” The line about the butch dykes is hilarious and really begs the question of “How the hell did that happen?” On the flip side, “Kitchen” also suffers from the same thing that gives it life. Being that most of Molly’s music on this tape isn’t written, but rather delivered in free verse, some of the bars don’t resonate. Lines like “I know yall embarrassed, I know yall ashamed/ cause I got a pussy, make you fuck boys look lame” are a bit misplaced and don’t provide any context to the song.

The production and sound quality of “Kitchen” are the highpoints of the song. Molly’s adlibs deftly picked, giving color to her bars with laughter and well-timed expressions. Molly sounds extremely smooth over the beat and has a unique tone in her voice that should carry her well as she continues to make music. “Kitchen” is a shit-talking, gangster-infused, joint, with both high and low points. “Kitchen” receives a 6.5 out of 10 this week, due to some of the mismanaged lyrics and sporadic content. Molly’s recent release “The Sin Tape” shows promise and by planning out her tracks, Molly can really shine as a rap superstar.

Thanks for checking in this week on the review and we’ll get back to smoking hot Arizona Hip-Hop tracks next week! Peace and love, you boy, Bo!